Who is the Most Important Person in the Easter Story?

We listened to the parts of the Easter story where Judas betrayed Jesus. 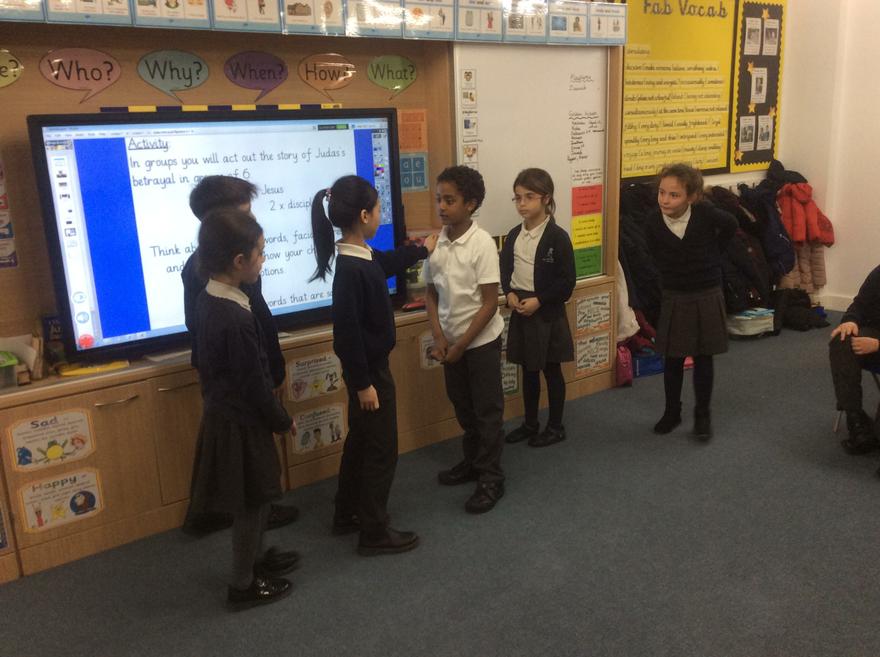 We thought about what is meant by the word ‘betrayed’ and discussed how and why Judas betrayed his friend. 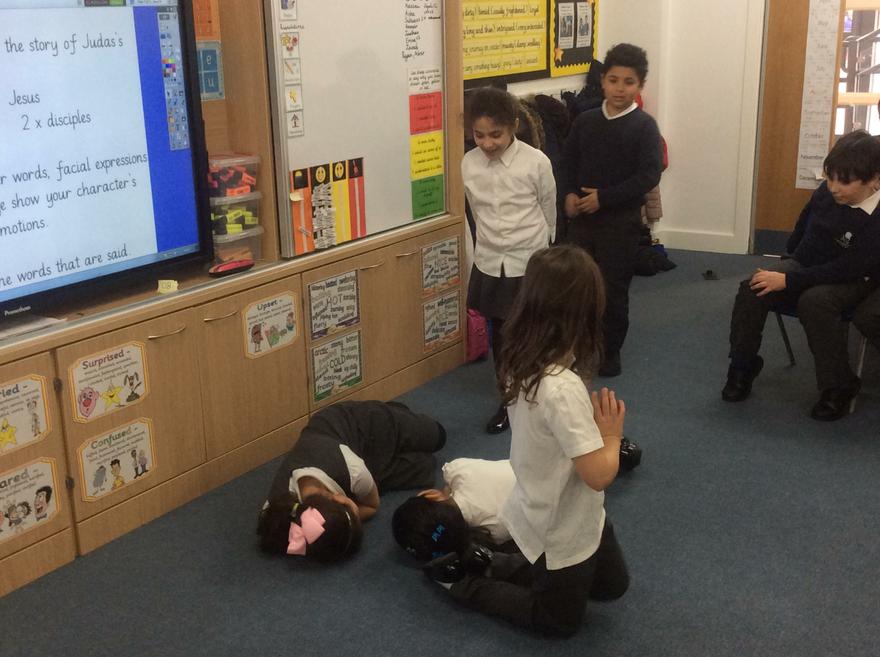 We worked in groups to rehearse role plays, which we then performed.  We tried to think carefully about the dialogue, tone of voice, facial expressions and body language that we used. 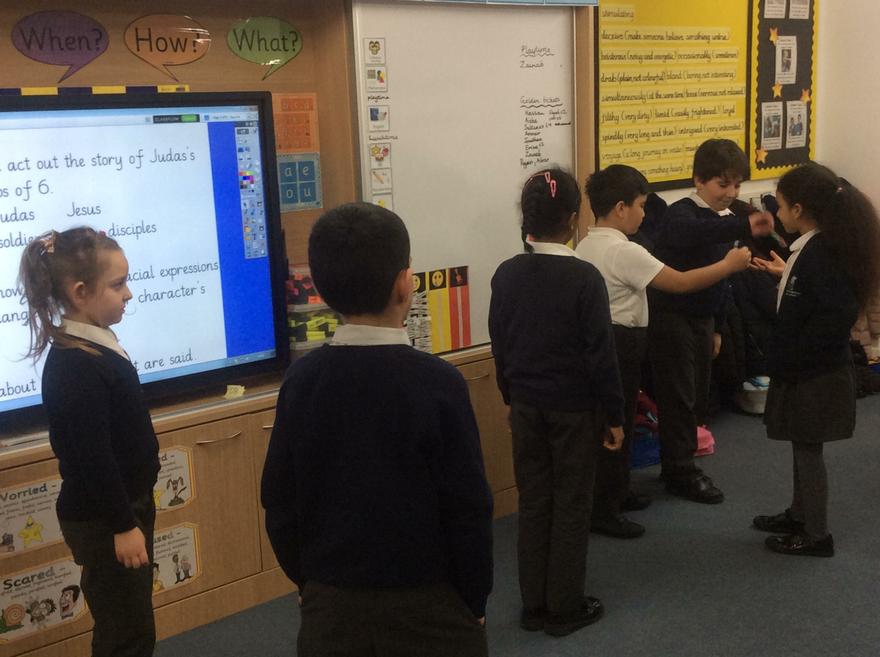 How Did Belief in God Affect the Actions of People in the Old Testament? 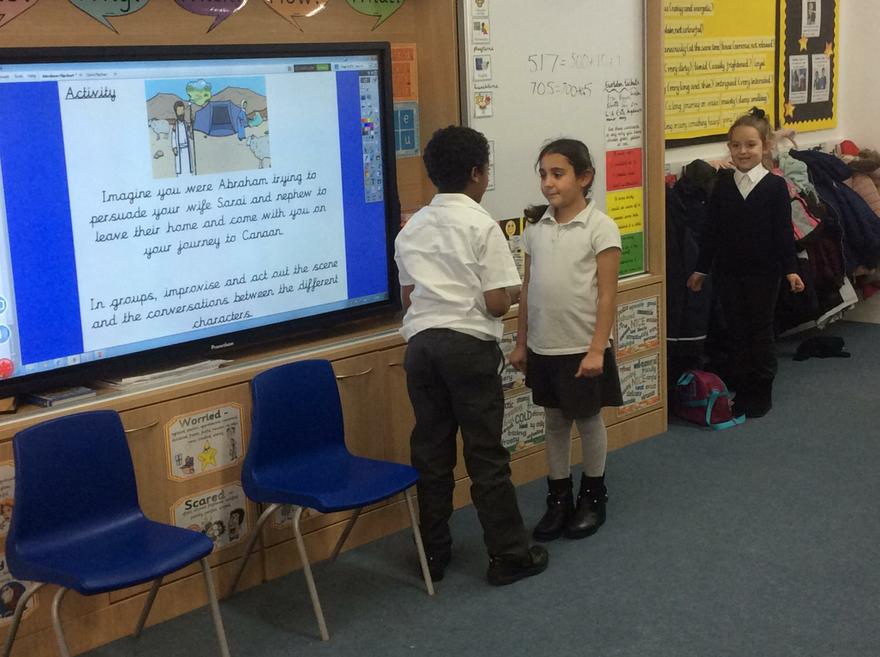 We listened to the story of Abraham and Sarah and heard about how Abraham showed faith in God when he was asked to leave his home and travel to Canaan with his family. 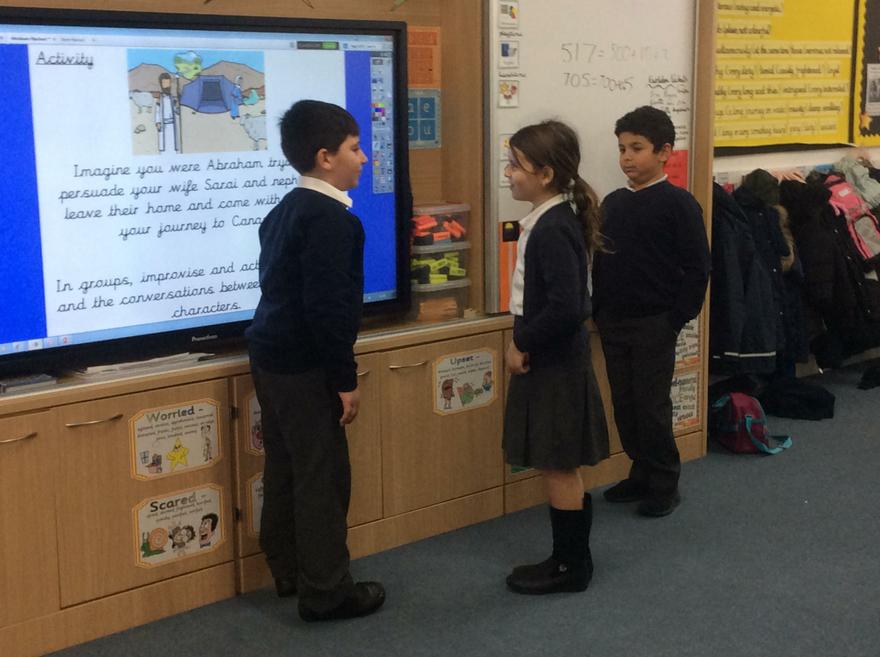 We thought about what it would be like if we had to leave our homes and everything that was familiar to us. 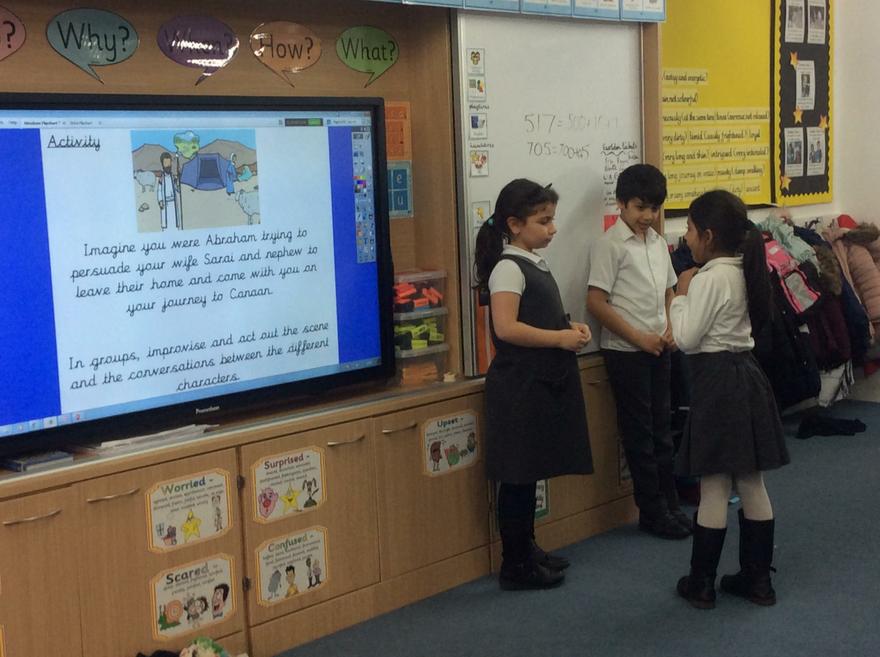 We worked in groups to rehearse role plays, which we then performed to the rest of the class.

We have been thinking about how art and music convey the meaning of Christmas. 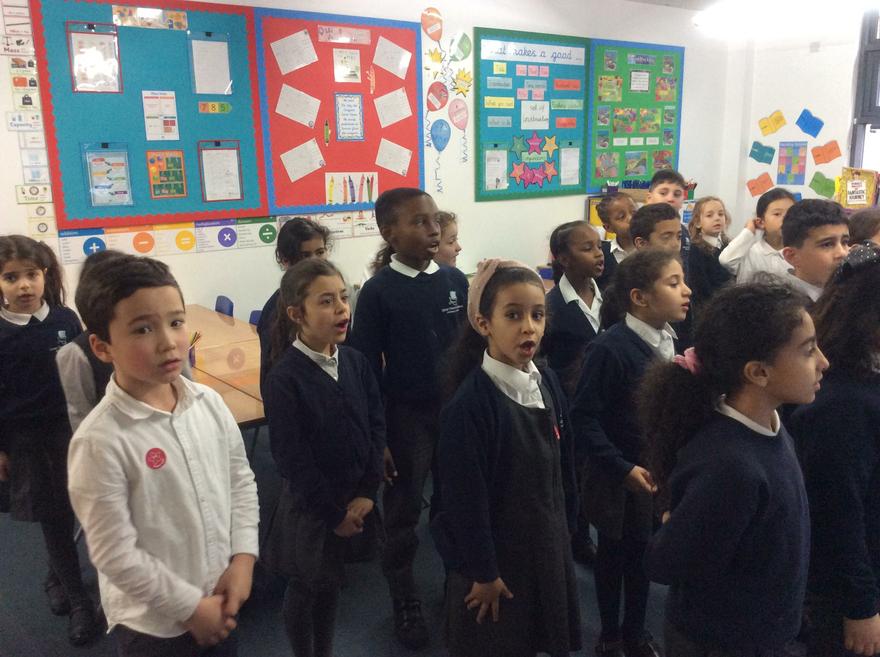 We listened to some popular Christmas carols and focused on one in particular: Away in a Manger. 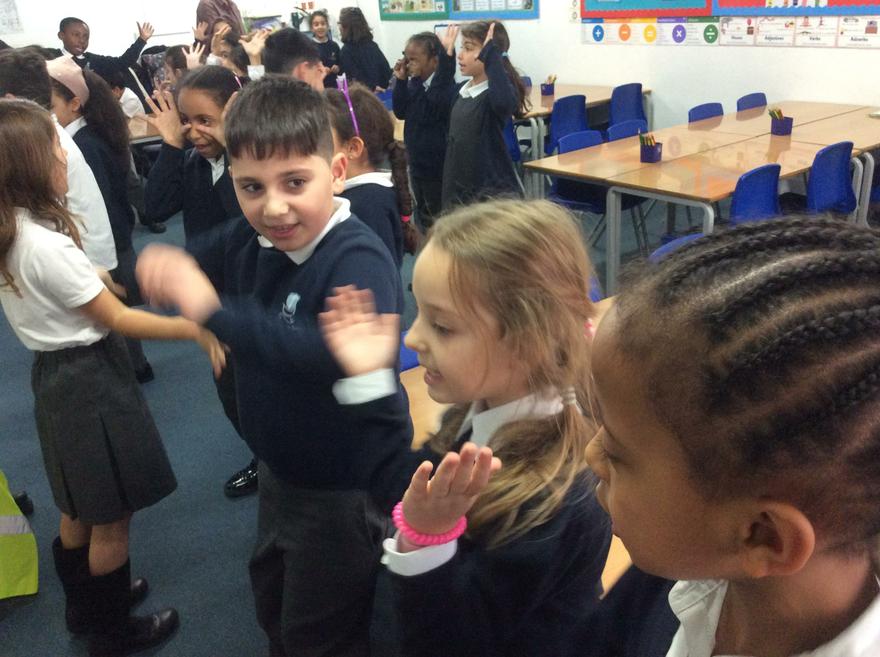 We sang the song with actions and analysed the meaning of the lines.

What is the main message of the carol?  What is it trying to tell people? 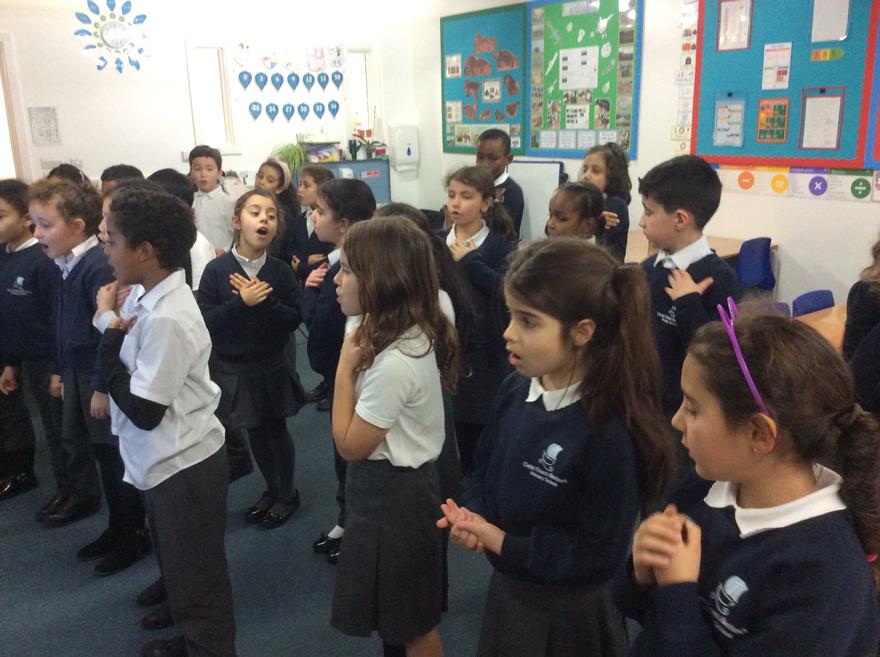 We learned about the very important Jewish prayer, the Shema. 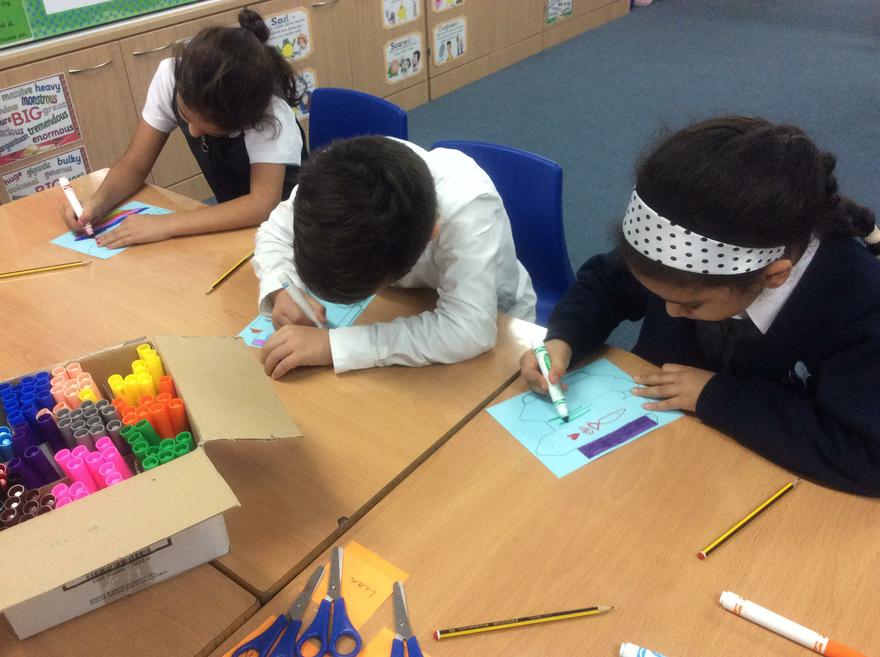 We found out that Jews keep a scroll with the Shema written on it in a special case by their front door. This is called a Mezuzah.

It helps them to remember that God is with them. 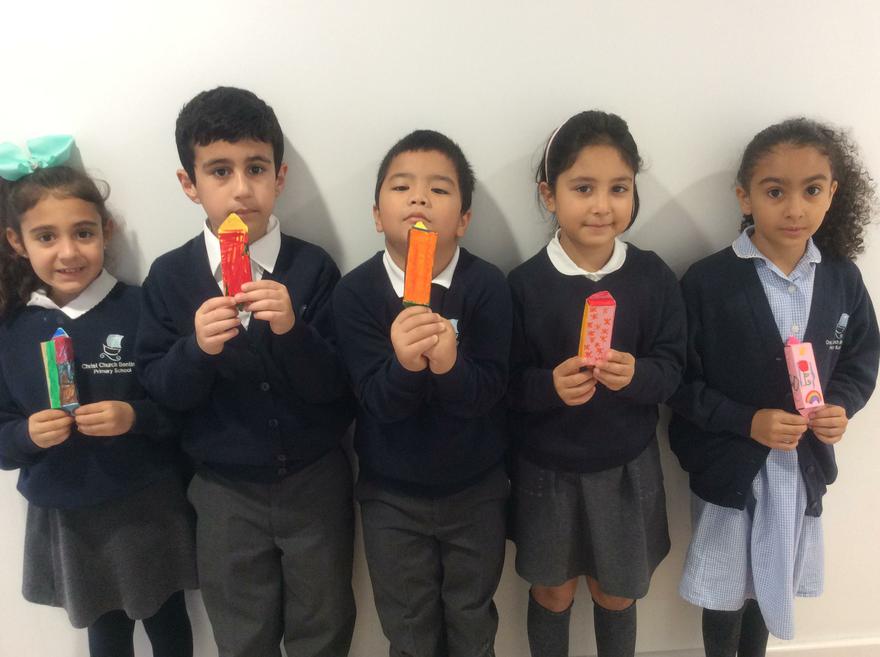 We made Mezuzahs with our own special prayers inside. 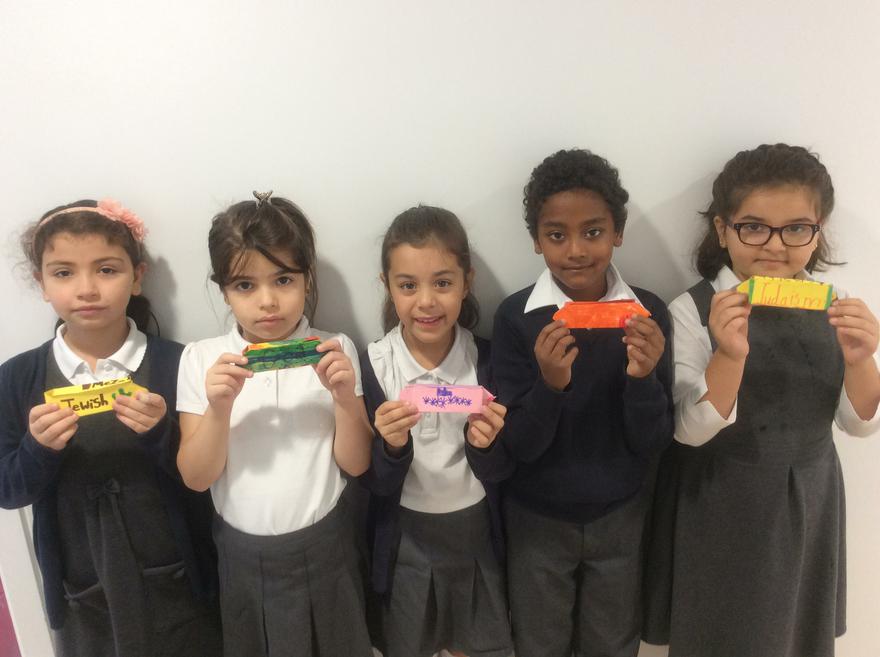 What Does it Mean to be a Jew? 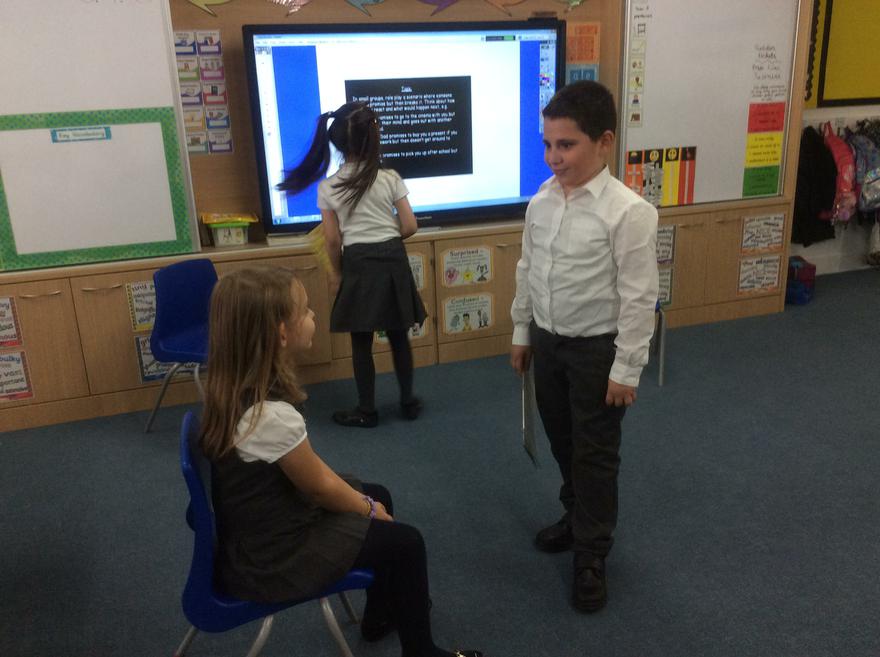 We listened to the story of when God tested Abraham to see if he could trust him.  We learned that God made a promise to Abraham that he would give Abraham many descendants. 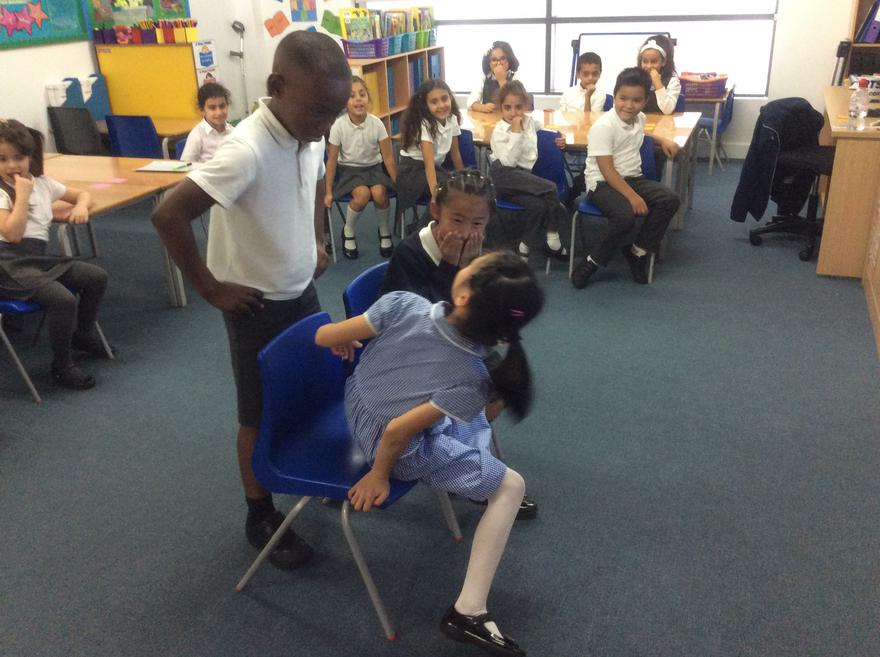 We discussed the making and breaking of promises and worked in small groups to rehearse and perform role plays where someone makes a promise and then breaks it. 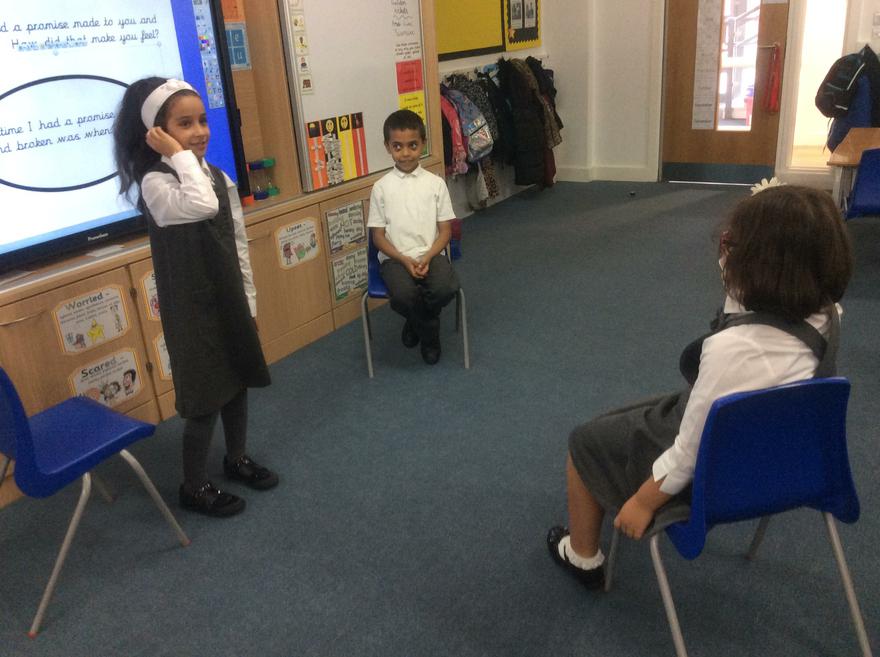